Centre of the Cell supporting the Genes and Health study

We are proud to announce that we have been working closely with colleagues at Social Action for Health over the last few months to support Queen Mary University of London’s Genes and Health study, the biggest scientific study in the world researching genetics in people of Bangladeshi and Pakistani heritage.

What is Genes and Health?

People from Bangladeshi and Pakistani communities experience particularly high rates of poor health and disease. For example, rates of diabetes are 5 or 6 times higher in British-Pakistani and British-Bangladeshi people than the UK general population. 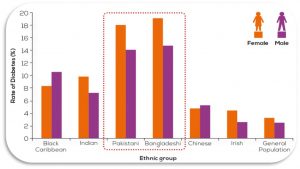 Genes & Health is a medical research study, investigating how genes work and how diseases develop in these groups, with the eventual goal of supporting the development of medicines and treatments to improve health for the community.

What has Centre of the Cell been doing?

The study has already had 50,000 participants provide their DNA via a spit sample, but the scientists need more, and in particular they need young people aged 16-19 to take part.

We have developed a set of engaging assemblies and lesson plans focused on health inequality, which will be taken into schools in the local Tower Hamlets Area to give informative and interesting sessions, and to publicise the study and opportunity for young people to take part.

We have also contributed – with the support of our fantastic Youth Members – to a set of short films to be shown in schools and shared on social media about the study. 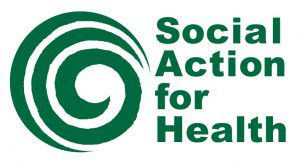 How can you get involved?

If you are a teacher and would like Social Action for Health to visit your school and run an assembly all about health inequalities, get in touch with the team on info@safh.org.uk.

And if you’re a young person aged 16 and over, who is of Bangladeshi, British-Bangladeshi, Pakistani or British-Pakistani heritage, you can directly support the study by donating a spit/saliva sample! Just go to https://www.genesandhealth.org/ and click on the ‘Volunteer Now’ link.