Centre of the Cell > Blog > Science Questions > Can Halloween cure your hiccups?

Can Halloween cure your hiccups?

The spooky season is upon us, and this year I’m going as a diaphragm, the part of our bodies that is responsible for one of the strangest noises out there: the hiccups. 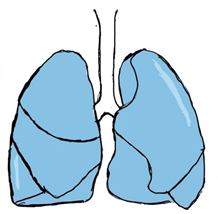 So, what happens during the hiccups? Hiccups happen when your diaphragm involuntarily contracts. The contraction of your diaphragm is followed by the closure of your vocal cords about a quarter of a second later. This is because the nerve that controls both your diaphragm and your vocal cords (called the vagus nerve) gets stimulated and causes them to contract. Your vocal cords help you speak, sing, laugh and produce nearly every sound, and they form a barrier in your windpipe (trachea) between your mouth and your lungs. This means that air is sucked into your trachea, but is stopped suddenly by the vocal cords before it gets to the lungs, which produces the ‘hic’ sound we all know.

Have you ever noticed anything happening that causes your hiccups? Scientists think that a few things can trigger hiccups, mostly to do with stretching your stomach. These include swallowing a lot of air, eating very quickly or drinking fizzy drinks, or even strong emotions including laughing for a long time. Some scientists even think that the hiccups can be a symptom of a heart attack!

Is there a reason we can hiccup? 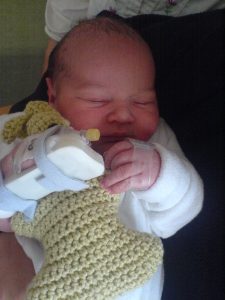 All people are affected by the hiccups, including babies that are growing in their mothers’ wombs. They get less common as you get older, but scientists still aren’t exactly sure what the function of hiccups is. Hiccups are called vestigial remnants. These are the remains of evolution, and we have quite a few, for example, the appendix, certain ear muscles and the last few bones of your spine called the coccyx. There are two main theories why the hiccups were important evolutionarily.

Mammals are unique because they feed milk to their babies. The first theory is that hiccups evolved to clear up space in the stomach that may be taken up by air when breastfeeding. This meant that more milk could be given to the baby so it would receive the most nutrients possible. That’s why some parents ‘burp’ their child after feeding, as it increases the babies stomach capacity by more than 20%. This theory would answer the question of why hiccups get less common as you get older.

The other theory is to do with amphibians. A long time ago, approximately 370 million years ago, the first fish started moving on to land, possibly to take advantage of the high amounts of oxygen above the water surface. Some scientists think that hiccups have been around for millions of years before humans and that it was amphibians who first started having hiccups. Think of a frog. A frog starts life as a tadpole, which only has gills. As the tadpole develops into a frog, it develops lungs. Hiccups are helpful for frogs as the air is sucked into their bodies, but no water is sucked into their lungs because of the closure of the vocal cords. This theory is strongly supported by the brain activity in amphibians, which shows nearly identical activity when an amphibian is breathing, as when a hiccup is generated.

Now we know some of the evolutionary background to the hiccups, let’s go on to the most important question here:

Can Halloween cure the hiccups?

There isn’t much evidence on whether scaring somebody stops them from having the hiccups, even though this, along with eating honey, breathing into a paper bag, and drinking a lot of water are quite commonly thought of as ‘cures’ to the hiccups. So if you get scared while you have the hiccups and they don’t go away, don’t worry because the chances are they usually resolve on their own (and the ghost upstairs definitely isn’t real…).