Centre of the Cell > Blog > Science Questions > Can you catch salmonella from snakes?

Can you catch salmonella from snakes? 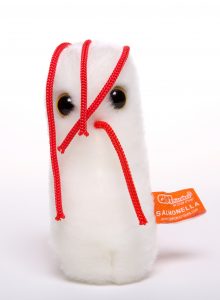 Salmonella is a type of bacteria which causes a common kind of food poisoning. If you contract food poisoning it can be very unpleasant, causing symptoms such as nausea, vomiting, or diarrhoea. It is usually within a few hours or days after being infected that symptoms start.

Most snakes carry salmonella in their digestive tract. Luckily for the snakes, it causes them no harm. Unluckily for humans, if the bacteria are transmitted to us we can suffer the effects of food poisoning. But how exactly would we get food poisoning from a snake? We could eat snake meat, but that isn’t so common here in the UK.

What is more common is people owning pet snakes. How do those people end up infected with salmonella? The salmonella in snakes’ digestive tracts often come out in their poo! This could also be spread over a snake’s body. 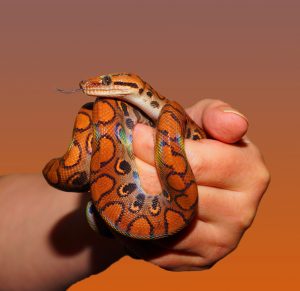 If you touch snake poo, or even just touch a snake, you will probably have salmonella bacteria on your hands. The chances are you will spread this to everything else you touch. If you then touch your mouth you can get food poisoning.

For this reason, it is really important to thoroughly wash your hands after touching a snake, especially if you touch its poo. And it’s worth wearing gloves if you regularly handle snakes.

So, in short, yes you can catch salmonella from snakes, but only if you don’t pay attention to proper hygiene!