‘Mitochondria – the powerhouse of the cell.’ I’m guessing most of you have already heard this phrase before, but do you know what mitochondria are and why they are called the powerhouse of the cell? Mitochondria are organelles – ‘small organs’ within each cell. They produce energy in the form of a molecule called ATP (adenosine triphosphate) which gets used throughout the cell to power the different jobs it has to do. How mitochondria make energy is very important to us as it allows our cells to function and for us to move and be alive.

Here comes the big question: if the mitochondria produce energy for other organelles, do they need energy themselves to make energy? To answer that question, we should find out how mitochondria make energy. The sugar in the food we eat has lots of energy stored inside. Our cells break the sugar down into a chemical called pyruvate, which our mitochondria take and turn into other molecules in a few stages of chemical reactions. As they do so, energy is extracted and transferred into ATP. Fat also has a lot of energy stored in them that mitochondria can harvest from. So, although mitochondria do not need energy from ATP to make ATP, they do require a precursor like sugar or fat to extract energy from and transfer the energy into ATP. 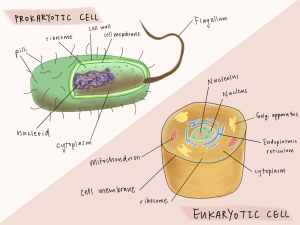 Part of the process of harvesting ATP is known as ‘mitochondrial respiration’, which uses up oxygen and releases water and carbon dioxide as waste products. Mitochondria are thought to be an ancient prokaryote and developed into the membrane-bound organelle we know of now. Prokaryotes include single-celled bacteria and archaea, with ‘pro’ meaning before and ‘kary’ meaning nucleus. Animals, plants and fungi are classified as eukaryotes. It is speculated that at some point in evolution history, a pro-eukaryotic cells engulfed or ‘ate’ an aerobic (requiring oxygen) prokaryotic cell. It is possible that at that time, plants began to emerge and they released oxygen into the air. Those pro-eukaryotic cells would be anaerobic (not requiring oxygen), so could not use the oxygen. Having the prokaryotic cell inside them is very helpful as it allows them to use the oxygen to make more energy than before, and they could survive better. The engulfed prokaryotic cell lived on inside the pro-eukaryotic cell and gradually developed into a mitochondrion. 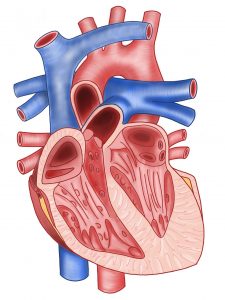 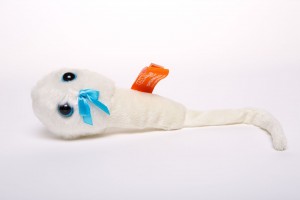