Centre of the Cell > Blog > Science Questions > Pumpkins and People 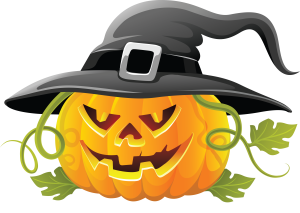 Nothing says October like a big, orange pumpkin. As you walk over crunchy leaves, the autumn air crisp in the evening, you may see the glow of a carved pumpkin on someone’s front steps. You may have eaten pumpkin soup or roasted pumpkin seeds as the chill of winter has set in. You have at least seen the piles of pumpkins and other types of squashes outside corner stores and in grocery stores that appear around Halloween. Perhaps you’ve wondered what all the fuss is about this symbolic vegetable. In the United States even more so than in the UK, autumn would not be complete without pumpkin- and especially pumpkin pie. Why are pumpkins so important that they made their way into our culture and onto our tables? 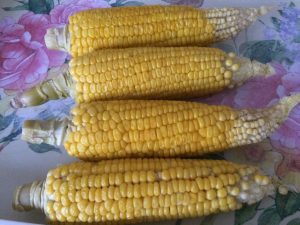 Before the early 1500s, around when Henry VIII was the King of England, there is no record of pumpkins in Europe. Nor were there any potatoes, tomatoes, courgettes, avocados, or pineapples. They were all brought over from the Americas. Squash in particular had played an important role in cultivation in the Americas for centuries. Long before Henry VIII, around 10,000 years before, pumpkins first started their important role in people’s lives. In the area that is now Mexico, people started planting three very important plants to eat. One was maize (also known as corn), one was beans, and the last was squash. The first squashes did not look big, colourful, or juicy to eat. They were wild ancestors of the plants we know today, and the fruit was small and tough. We know this because of fossilised seeds and plants. People planted the seeds of the plants that produced the best, most nutrient-rich squashes and fertilized them with each other. In this way, the squashes got bigger and tastier over generations and generations until they resembled what we see today in the store. That orange colour and big, round shape of the pumpkin would not have been possible if people had not picked those traits. This is a process called artificial selection. This is different from natural selection because people picked which plants would reproduce instead of nature. In the process of natural selection, the plants that are best able to survive are the ones that reproduce and pass on their genes. In artificial selection, the plants with the best, most nutritious fruits are reproduced by people by farming. Without this process, we would not have any of the big, healthy fruits and vegetables or grains that you can buy today.

Not only did squash provide a healthy food-source, but the big, flat, leaves that covered the ground would help keep pests away from the maize and beans. The three crops are known as “the three sisters” because they were planted together and all helped each other grow. Because pumpkins ripen in autumn, they are associated with the harvest. This explains why pumpkins are so important, but why do we associate pumpkins with Halloween? Halloween is an Irish holiday, and the first “Jack-o-lanterns” were actually carved out of turnips. When Halloween was first celebrated, the pumpkin had not yet been brought over to Europe. At some point, with cultural exchange, the practice of carving faces into vegetables, the autumn harvest, Halloween, and the pumpkin all merged.