Centre of the Cell > Blog > Science Questions > Serendipity in Science

Serendipity – the beautiful phenomenon of coming across a fortunate event, purely based on chance. Many scientific discoveries, which have completely revolutionized the world and subsequently led to the awarding of the Nobel Prize to the responsible scientists, did have an element of serendipity; chance did play a role. Now, bearing in mind that many of these scientists are regarded as one of the great, the question arises, were they really deserving of the credit? To answer this question, let us take look back in history, at some of the most notable serendipitous discoveries made and decide for ourselves. 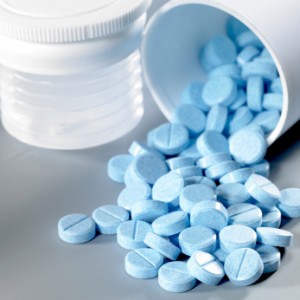 The discovery of penicillin

The discovery of penicillin is one of the greatest feats made in the history of medicine, and is even claimed to be the moment, from which modern medicine began developing. It was a substance that eliminated many pathogenic organisms without causing any harm to the person. This may now not seem such a huge deal, but at the time, where scientists across the world were looking for such a “magic bullet”, it was an incredible discovery. Disastrous diseases such as bacterial endocarditis (an infection of the heart) and pneumonia, which would have meant the end for the person contracting them, were now possible to be fully treated without any lasting side-effects. It was truly seen as a miracle!

In 1928 a Scottish scientist by the name of Alexander Fleming was investigating staphylococci bacteria, and left for a two-week holiday, leaving the window in his lab open. Upon returning, he found that a mold had entered the petri dish containing the colonies of the bacteria – he noted that the area around the mold was clear. On further investigation, he was able to deduce that penicillin, the main part in the mold, was causing the bacteria to lyse (die). Nonetheless, it was not until a bit more than a decade later that it was possible to harvest penicillin in large enough quantities to use as a treatment. This was thanks to the work of two other very eminent scientists, Howard Florey and Ernst Chain. According to some sources, there are reports of the use of mold and its antibiotic activity before Fleming had made his discovery. Nonetheless, we have to appreciate that even though Fleming did not actively look for this chemical, he did have the knowledge and understanding of recognising the value of what he discovered. 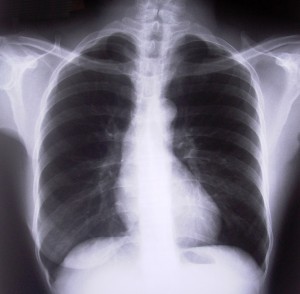 The discovery of x-rays

Another ground-breaking, yet serendipitous discovery is the use of X-rays by a physicist, Wilhelm Conrad Roentgen. This had a huge impact in healthcare, as it made it possible to look inside the body without having to make any cuts. Roentgen was exploring the electrical rays passing through a Crookes tube ( a glass tube that emits a light upon high voltage current moving through it), but he noticed that a screen quite far away from the instrument, changed colour during his experiments. This made him conclude that a different type of ray was being emitted through the tube which could not pass through dense materials, thus casting a shadow. On further investigations, he saw that these so-called X-rays (a name he gave, as he was not aware what the rays were) also moved through the soft tissue of the body and were obstructed by bones. He famously took an X-ray of his wife’s hand, which clearly showed the bones and the ring she was wearing.

Both Roentgen and Fleming stumbled upon incredible discoveries purely by chance. If it was not for the fact that they both, and all the other scientists, had the skills to recognise the greatness of what they had witnessed, then these discoveries would not have made the same level of impact on the world as they have done. So, in my opinion, I do believe that the scientists making these discoveries, even if some element of luck was involved, are deserving of the credit.

To conclude and enforce my point, I would like to mention a quote, from another great scientist, Louis Pasteur, who said: “In the field of observation, chance favours only the prepared mind”.