Centre of the Cell > Blog > Science Questions > Will eating carrots give me night vision?

Will eating carrots give me night vision? 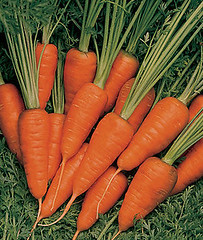 Carrots are eaten all throughout the world, and are not only orange, but they can be yellow, white, red, and even purple! You may have heard the saying that eating lots of carrots will give you night vision. So, where did this idea come from?

According to The World Carrot Museum, it is believed that the idea of carrots giving you night vision first came about during the World War II. During the war, many foods were running out and had to be rationed so that they lasted longer. The British people were told to grow carrots in their gardens to be a part of many of their meals, as eating carrots would help people to see better when all the lights were switched off in the evenings during the blackout. From then on, carrots were a main ingredient in the British diet and were even used instead of sugar in cakes and jams.

After carrots had started to become more popular, the pilots of the British Royal Air Force had come up with new radar technology to be able to target their enemies better during the night time. The Royal Air Force wanted to keep this new technology a secret, and when newspapers asked how they were able to see their enemies in the dark so well, they told the newspaper it was because their pilots had been eating a lot of carrots and this had improved their eyesight. 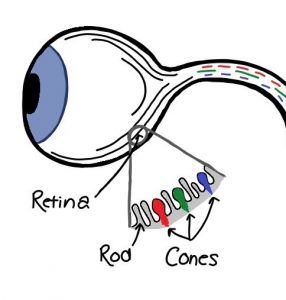 Carrots also help your eyes because beta carotene is an antioxidant which is a special chemical that is very good at preventing damage to your cells and their DNA. Lutein in carrots can also help your eyesight from getting worse as you get older. And as well as being good for your eyes, carrots are also good for you as they contain many other vitamins and minerals, have lots of fibre which help your digestive system keep working properly, and can help lower your blood pressure and cholesterol.

So how many carrots do you need to eat? One carrot will give you more than enough of your daily requirement for vitamin A. Did you know, the world’s longest carrot is over 6 metres long, which is taller than a giraffe! That is a lot of carrot to eat through.