Centre of the Cell > Blog > Science Questions > Are vampires real? 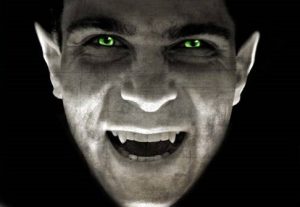 The short answer is no – sorry, that might not be sufficiently spooky for this time of year, but that’s really because we’re asking the wrong question here. We shouldn’t be thinking about whether a mythical creature is real, but rather where the myth itself came from. What inspired such a specific set of rules and habits that describe the vampire as we know it today? Was it really just the imagination of Bram Stoker (the author of the most well-known vampire novel, Dracula), or perhaps Dr John Polidori, the man credited with writing the first published vampire story (imaginatively titled ‘The Vampyre’) back in 1819? It turns out that both of these writers were inspired by folk tales from long before their time, dating back into the Middle Ages and found all throughout Eastern Europe. Something must have inspired these tales in the first place, and it’s that original inspiration that we’re going to investigate today.

Vampirism as a Disease 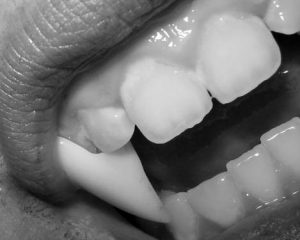 In many myths and stories, vampirism is considered to be a disease that is spread from vampire to victim with each bite, so it’s perhaps not a surprise to learn that the most likely origin of this particular creature is a real-life disease itself. Back in the days when plagues were decimating villages and towns, disease in general was a pretty scary concept even before you added in any supernatural elements, so we’ve found our hook already. As for the disease responsible, the most likely culprit is a blood disease called porphyria. Porphyria is the name for a group of diseases that are still around today, and while there is still no known cure, both the treatment for and diagnoses of them are much better now than they were in the Middle Ages. In fact, new advances are happening all the time, with a recent study suggesting that a technique called ‘gene silencing’ could be of great help to people currently suffering with the disease. Porphyria describes a problem with how your liver and bone marrow produce ‘haem’, a substance that is part of the haemoglobin in your blood that carries oxygen around your body. Back in the Middle Ages though, before any of this was known, supernatural explanations were often given to things that were not well understood, so could this be the origin we were looking for? Let’s delve in a little further and find out.

One of the major symptoms of the particular type of porphyria that we’re interested in is photosensitivity (a sensitivity to light). Not only would the patient feel pain when exposed to sunlight and therefore want to stay well away from it, their skin would often blister or blacken rapidly under sunlight as well. Sound familiar?

It gets more interesting the deeper you look into it as well. Porphyria often caused disfigurement, leading patients to avoid mirrors at all costs, and as garlic contains sulphur which can lead to a very painful attack of porphyria, they generally kept well away from garlic as well. Add to this the fact that receding gums (and so more exposed teeth) is another symptom of repeated attacks, and it all seems to be coming together. 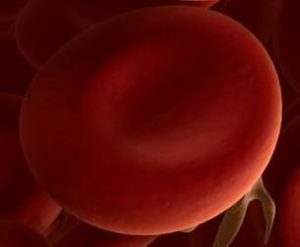 But what about the blood? That’s a huge part of the vampire myth after all, so can that be linked to porphyria too? Actually, yes! The first connection here is that the urine of porphyria patients is often a dark red colour, which led some to believe that they must have been drinking blood to achieve that. Additionally, as porphyria is due to a problem in somebody’s blood, some physicians in the Middle Ages suggested that patients should actually drink blood to compensate for what their own blood lacked. This was animal blood of course, but it only took the locals overhearing the suggestion or seeing blood being taken into a house for gossip to start spreading like wildfire…

So, creatures that drink blood, only come out at night and are burned by sunlight, seem to have pronounced fangs, and avoid mirrors and garlic at all costs? It does all sound rather vampiric, doesn’t it? And about this mysterious ‘illness’, it’s no surprise that the tales grew more fantastical and supernatural over time and fell into folklore, only to be picked up again centuries later by an author looking for an idea for a book…

In the end then, while vampires might not exist, the disease that may have sparked the existence of the myth in the first place certainly does. Thankfully though, we now know enough about porphyria to treat it, so there’s no need to run screaming away from anybody with the disease. Of course, if some pale and beautiful stranger approaches you in the dark and asks you to join them for a bite, I’d still recommend you keep your distance, just in case there is something more to the myth than just a misinterpretation of a strange and interesting blood disease…