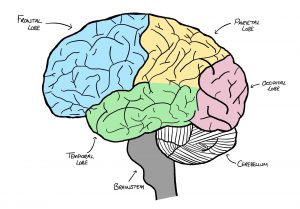 Your brain is arguably the most important organ of all – it contains all your thoughts, feelings and desires; everything that makes you, you! You might think that such an organ would need the power to heal if damaged or grow bigger if necessary. And yet there’s a rumour going round that brain cells can’t regenerate… is this true?? Let’s look a little deeper.

What is a brain cell?

This is sort of a trick question, because the truth is our brain contains many different types of cells. Even if we forget about the non-brain cells which can be found in and around our brain like blood cells or blood vessel cells, we still have five types of cell left over. These are our true brain cells. All of them have crazy names which I will leave here for you to amuse yourself with: neurons, ependymal cells, oligodendrocytes, microglia, and astrocytes. Really though, we can think about our brain cells as two broad types: neurons (the first type), and glia (the other four types). 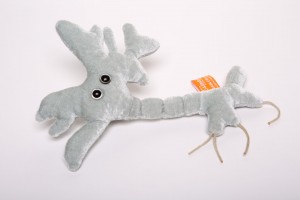 Neurons are huge. You can picture them as long, whip-like cells which arc across our brains and down our spinal cord. They can also be found in your nerves, too. Fun fact: the longest neuron in your body goes all the way down your leg to the end of your foot – up to a whole meter long! You would still need a microscope to see it of course, as neurons are so thin.

Neurons work by sending signals to one another like down a wire. These could be sensory signals from our eyes perhaps, or motor signals to move our muscles, or signals which go round in a circuit and communicate our thoughts in the brain. The reason why electrical signals from neurons can translate into real life thoughts boggles scientists to this day!

Glia cells function as neuron helpers, a bit like brain police. They protect the brain from damage from chemicals or bacteria, and help signals to be sent as quickly as possible. Glia and neurons make up about 50% of our brain each (half and half).

So can they regenerate?

Let’s start with glia. Glia cells can replicate in the same way that almost all our other cells do – by mitosis. This is a process in which the cell grows bigger and bigger, before splitting itself in half to make 2 new identical cells. This process can be repeated over and over, allowing them to regenerate whenever they need to.

Neurons on the other hand are a bit trickier. Since they’re so massive, it’s completely impossible for them to split evenly in mitosis. Furthermore, every single neuron is part of a huge circuit, so if a group of neurons decided to just take a break and divide up, we’d be left with a big gap and be unable to function properly! This is where that rumour comes from that neurons can’t regenerate, and scientists actually believed this to be true for a long time. 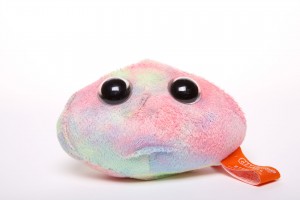 However! Science has since discovered that neurons can actually regenerate using a really unique method if an area of the brain gets damaged – we call this method neurogenesis. What happens is the brain uses a secret supply of neural stem cells and transforms them into new neurons without using mitosis. Stem cells are a bit like baby cells which haven’t been given a job yet (maybe this is why scientists call them immature cells!).

Why is this important?

Some diseases which affect the brain like Alzheimer’s disease or Parkinson’s disease cause neurons to gradually die in certain parts of your brain. Nobody knows why people get these diseases, but unfortunately there is no cure, so the symptoms get worse and worse with time. However, what if we could harness the power of neurogenesis to help heal the damage? Scientists are researching if this is possible right now by looking into things like stem cell therapies which could be used to cause brain regeneration to fight the disease. It’s very possible that in the near future some amazing new treatments could be available for these patients, and it’s all thanks to the process of neurogenesis!