Centre of the Cell > Blog > Science Questions > Why do some people hate Brussels sprouts?

Why do some people hate Brussels sprouts?

Christmas is just around the corner, and soon comes my most anticipated part of the festive season – Christmas dinner. It seems like I can already smell the house filling up with all kinds of delicious smells: turkey, stuffing, gravy, Brussel sprouts… Yes, you heard me right: Brussel sprouts. Are you one of those who would do anything to avoid them, or are you like me who don’t mind them at all? Turns out, there is a scientific reason behind whether you love or hate Brussel sprouts, and it’s got to do with your genes! 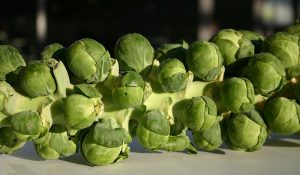 Our tongue is covered with taste receptors that allow us to identify different tastes, and these receptors come from genes in our DNA. One type of these taste receptors tastes for a bitter chemical called PTC (phenylthiocarbamide). This receptor is coded by a gene named TAS2R38, or the PTC gene. Even though PTC is not normally found in our food, it is very similar to chemicals found in cruciferous vegetables such as cabbage, broccoli, kale and Brussel sprouts. The PTC gene comes in 2 common forms – bitter-tasting or non-tasting. As we all have 2 copies of each gene, if you have both copies to be the non-tasting gene, your PTC receptor would not work and you would not taste the bitterness of Brussel sprouts. Some people might have one of each form of the PTC gene, allowing them to have a partially working receptor and only taste part of the bitterness. On the other hand, some people will have both copies of the bitter-tasting PTC gene. They are known as ‘supertasters’ and would find Brussel sprouts extremely bitter, meaning that they are likely to be disgusted by them!

It was discovered in 1931 that not everyone could taste PTC by chemist Arthur Fox who, funnily, couldn’t taste it himself! Some of the powdered PTC got into the air during one of his experiments and a nearby colleague complained to him that the air tasted bitter. As Fox couldn’t taste it, he got curious about how this chemical could be tasted differently depending on the person. After further testing, Fox was able to predict whether a person can taste PTC from the reaction of their family members, suggesting a tight link with genetics. 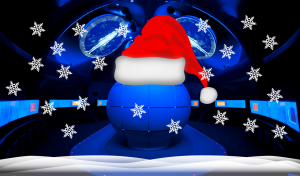 So, if you’re one of those ‘supertasters’ who have the bitter-tasting PTC gene and hates Brussel sprouts, remember to explain this to whoever’s making you eat them and have a merry Christmas!